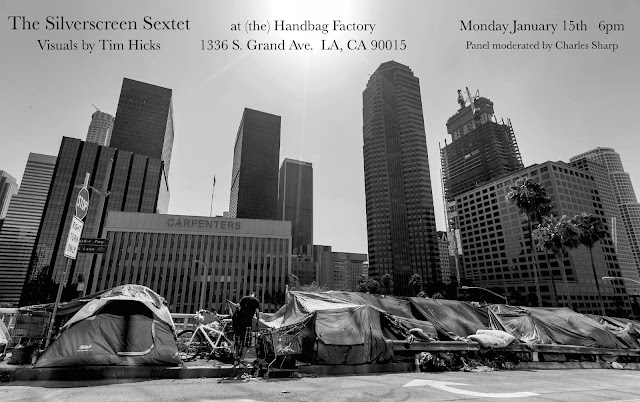 nvisible Visible is a continued exploration of LA’s architectural structures, political movements, and cultural diversity. This show will take place on Martin Luther King day and is inspired by his message of peaceful protest and passive resistance. In 1967, Dr. King started a poor peoples campaign to address economic inequality in America. In his own words he stated, “We are coming to Washington in a poor people’s campaign. Yes, we are going to bring the tired, the poor, the huddled masses … We are coming to demand that the government address itself to the problem of poverty. We read one day: We hold these truths to be self-evident, that all men are created equal, that they are endowed by their creator wit h certain inalienable rights. That among these are life, liberty, and the pursuit of happiness. But if a man doesn’t have a job or an income, he has neither life nor liberty nor the possibility for the pursuit of happiness. He merely exists … We are coming to ask America to be t
Post a Comment
Read more
More posts